If you judge people, you will not have time to love them. “Do not judge others, and you will not be judged”. (Matthew 7: 1)

Before Christ, people perceived God unclearly, as through the dimmed glass. But in Christ, God Himself came to us, so that we could clearly understand who He is. “The Father and I are one, anyone who has seen me has seen the Father,” – Jesus proclaimed as the purpose of His coming to this earth. (John 10: 30, 14: 9)

That’s why God gave us four Gospels so that we could carefully study who Jesus was, what His character was like, and what he was doing. In Christ, the Creator acquired the form of a human being and came to us. If you want to know what God is like – look at Jesus. Everything that Jesus did, God is doing the same. And everything that He didn’t do, God isn’t doing it.

One of the most amazing qualities of Jesus, which we see recorded in the Gospels, was His kindness and compassion. Jesus was responding to the requests of the people and would even change His plans for them. Jesus’ mother brought to Jesus the concern that the wedding party ran out of wine. Jesus told her very clearly that He would not do anything about this problem. But she pretended that she didn’t hear Him and, in actuality, forced Him to do a miracle.

Jesus was responsive to people, allowed them to manipulate Him, and was gracious and patient with their mistakes. He was kind and people were in love with Him. In the Old Testament, God proclaimed that He is the compassionate and gracious God, slow to anger and abounding in love (Exodus 34: 6). In the New Testament, Jesus revealed God’s love to us. The full power of this love was manifested on the cross when Jesus prayed for those who were crucifying Him.

I want all humans to be believers, and all believers to be human. People hide their imperfections under their religious coverup, which makes them unreachable for the transforming power of God’s love. These religious coverups allow people to look proper, but they make them heartless and cruel.

Judgment gets in the way of love. “I thank you, God, that I am not like other people…” (Luke 18: 11) But Jesus said to the people with that kind of thinking, “Let any one of you who is without sin be the first to throw a stone at her.” (John 8: 7) And to the woman, who according to the opinion of such people deserved death, He simply said, “Neither do I condemn you. Go now and leave your life of sin.” (John 8: 11) 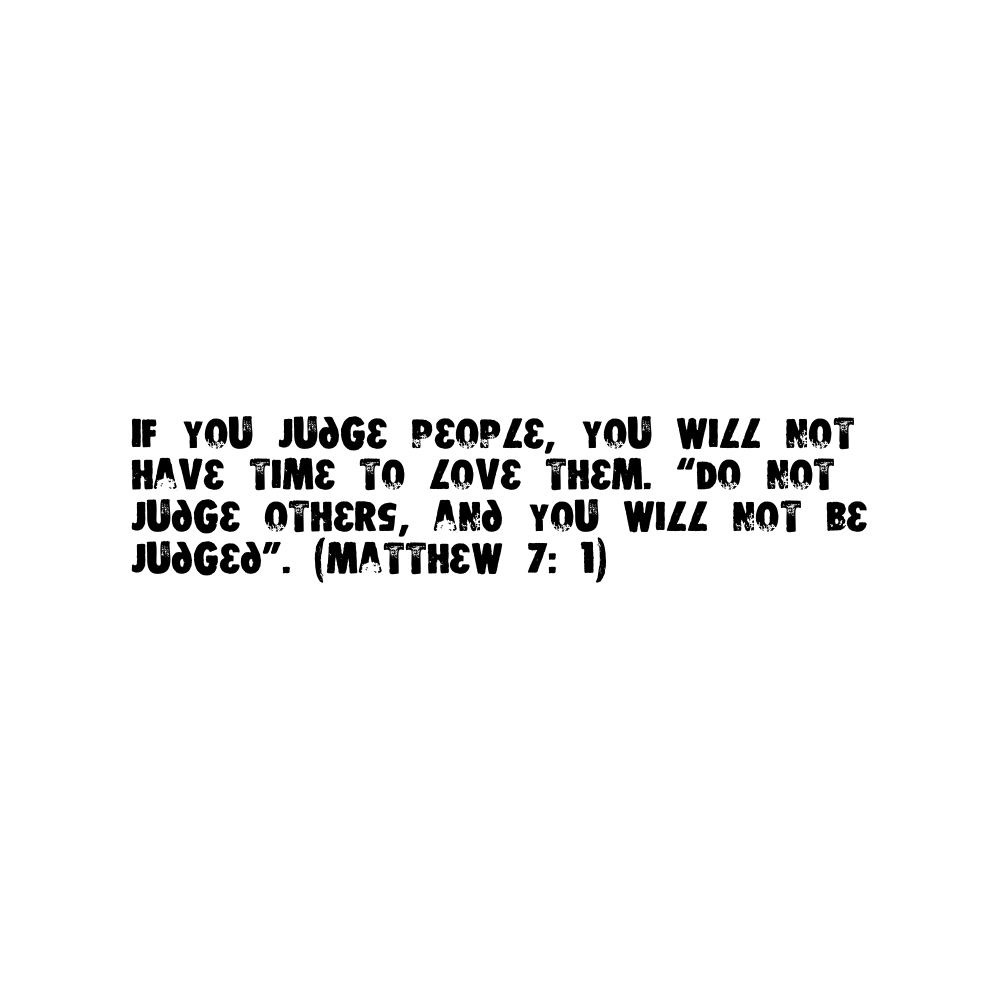