Problems bring people closer to God, and problems push people away from God. “Jesus looked around and saw them following. ‘What do you want?’ He asked them”. (John 1: 38)

When two of John’s disciples left him and followed Christ, Jesus asked them, “What do you want?” (John 1: 37) At that time, Jesus did not have a single follower. So such a question sounded quite unusual from the lips of the person who was supposed to become their leader. But first of all Jesus wanted us to understand why we follow Him. If we clarify this reason, we will be able to understand how successful we will become in our Christian life.

People come to God because of problems. If their problems are not solved, they usually leave Him. But what happens if the Lord helps someone overcome their troubles? Unfortunately, there is no guarantee that the person will continue to follow Christ. For example, someone who does not have a job goes to Church and asks for prayer. But when God answers the prayer, the person becomes so busy that his work takes him away from the Church and he forgets about the Lord. Here is another example. If a person has problems with his health, he asks God to heal him. But when God does it, the person stops praying and seeking the Lord.

“What do you want?” Jesus asked His first disciples. And the same question keeps sounding through all the ages. It is written in John 1: 39 that Peter and Andrew followed Christ because they wanted to be close to the Lord. Later Christ had many other followers. Some people followed Him because Jesus could feed them, others needed miracles. Many people were only attracted to Christ because of His fame and popularity. But Jesus never relied on such people or made them part of His team. He appreciated when people followed Him for who He actually was, not because of what He could give them.

Today the Lord Jesus is asking the same question to each one of us: “What do you want? Why are you following Me?” If you follow Him to get something from Him, your motivation will end, and you will become spiritual bankrupt. But if you follow Jesus because you love Him, nothing will be able to stop you. 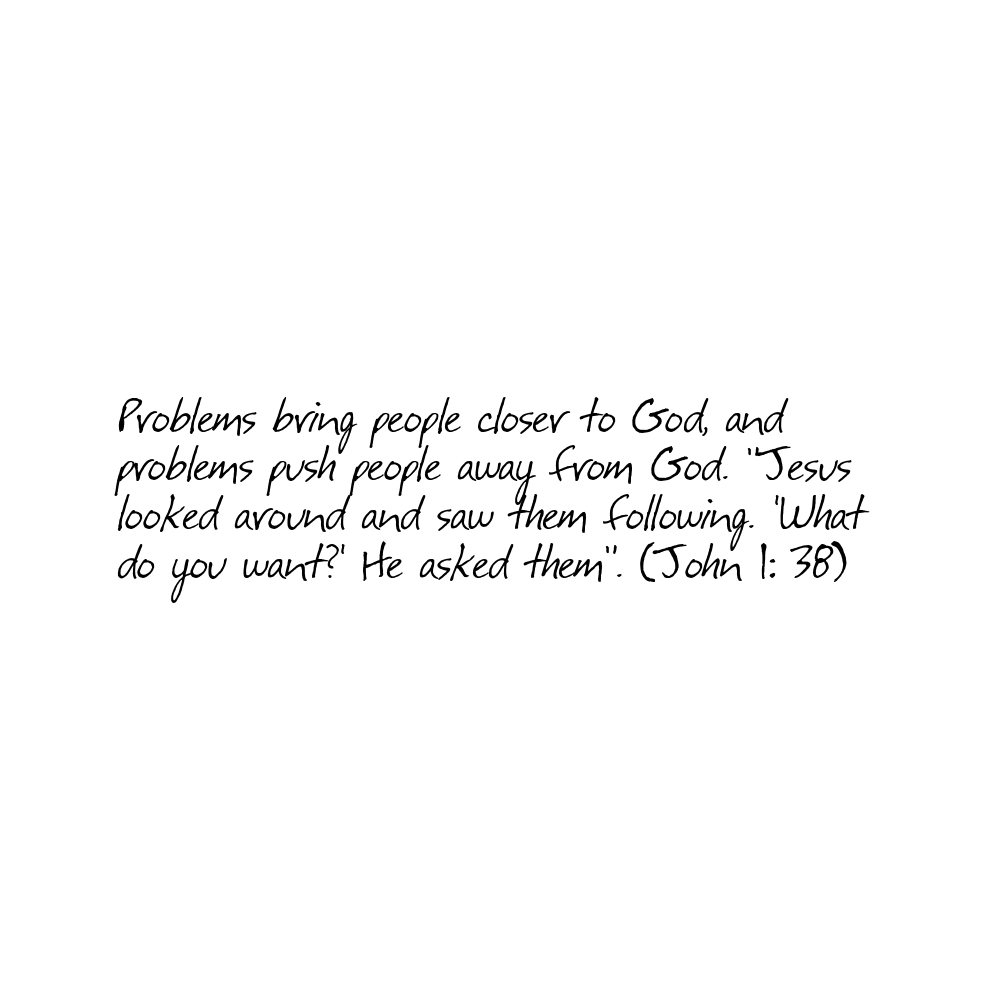