When you understand Whose you are, you will understand who you are. “For you are all children of God through faith in Christ Jesus”. (Galatians 3: 26)

Before Jesus started His earthly ministry, our heavenly Father wanted Him to go through one foundational experience. In Matthew 3: 17 we can read that when John the Baptist was baptizing Jesus in water, there was a voice from heaven: “This is my Son, Whom I love; with Him I am well pleased”.

What’s important to note, our heavenly Father confirmed and approved Jesus’ identity before Jesus actually did any of the work the Father prepared for Him to do. Jesus didn’t do any miracles yet, He didn’t heal anybody yet, He didn’t walk on water yet, He didn’t multiply the loaves and the fishes yet, but the Father already proclaimed and established that Jesus is His beloved Son and He is well-pleased with Him.

Interestingly enough, the next thing that happened is that Jesus was led by the Spirit into the desert where he was tested by the devil. And the very first test was against the very thing that God the Father just did during Jesus’ water baptism. Jesus’ identity was attacked.

Matthew 4, verse 3 reads: The tempter came to him and said, “If you are the Son of God, tell these stones to become bread.” In other words, the devil challenged Jesus, “You need to prove, who you are by doing something amazing – turning stones into bread”. Well, we all know that a person who is insecure about who he is will be immediately tempted to be defensive about his identity. He will try to do something to actually prove to others that he is who he claims to be.

But here it’s important to understand that for us as believers and followers of Jesus, our identity is not rooted in what we can or cannot do, but rather it’s rooted in the fact that God has already affirmed each one of us when He called us to Himself. Each one of us is already His beloved son or daughter through faith in Jesus, even though maybe you didn’t do anything yet to deserve and qualify for such a calling.

And that’s why Jesus absolutely refused to turn stones into bread. Because when you know Whose you are, you know who you are. In the same way, you absolutely don’t need to spend your life and energy trying to impress people and prove something to them. You are already God’s beloved son or daughter, and He is already well-pleased with you. Just receive it by faith and let everything you do spring out from that understanding. 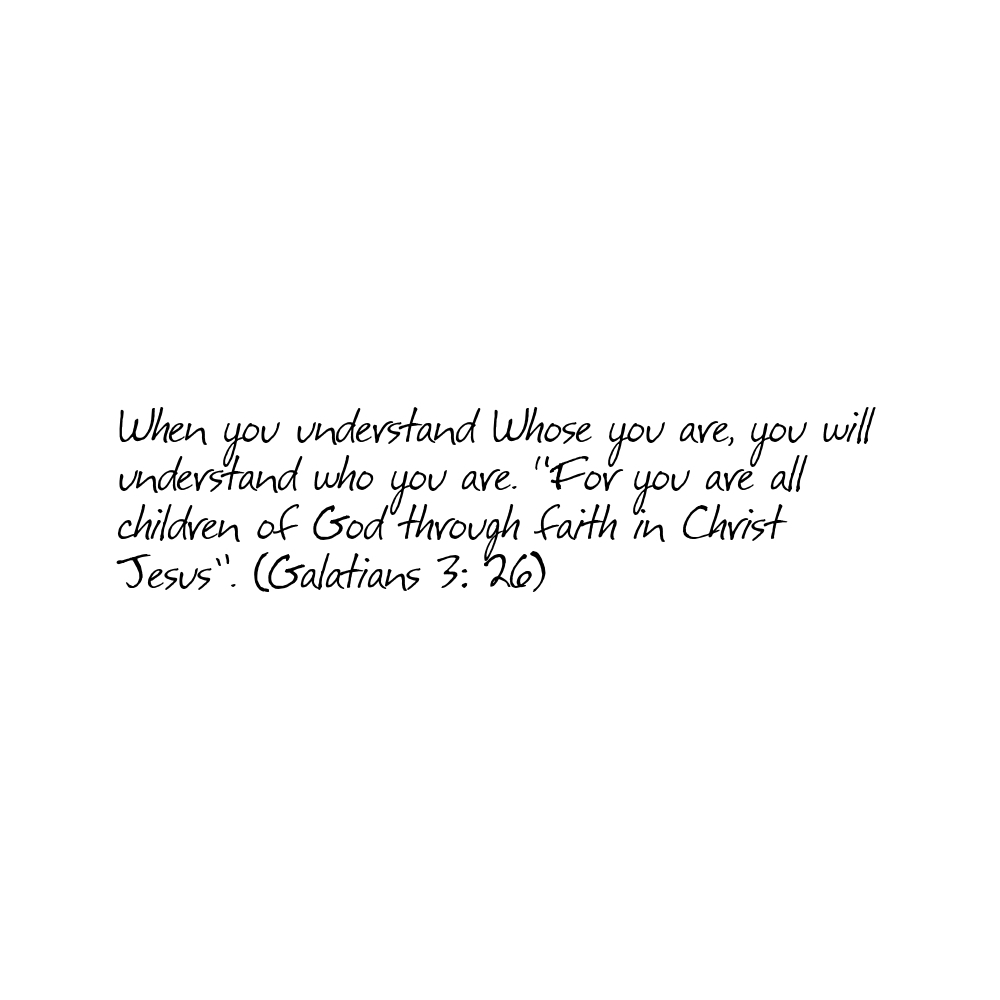